Ryan, my young client was only seven but argued all the time and was very defiant.

His mum couldn’t leave him alone in the house with his siblings for even five minutes.

At school he spent most of his time outside the classroom.

His tantrums, moods swings, disrupted sleeping patterns and appalling behaviour were off the scale.

By the time he first presented to me the Education Department was threatening Ryan’s parents with medical intervention.

Within minutes of treating Ryan I realized that my young client’s real issues were not of a psychological nature; his body/subconscious definitely wanted to be well behaved.

His subconscious even felt apologetic towards his parents.

The problem was that his immune/nervous system was irritated to the max.

In fact, it required a huge amount of effort and energy on the boy’s part to even behave as well as he did!

When I relayed this message to Ryan’s mum she burst into tears.

I explained that his gut was extremely sick with bad bacteria, Candida and probably parasites to boot.

This created a toxic cocktail that leaked from his gut into the blood stream overloading his kidneys and liver to breaking point and irritating his brain as it seeped through the blood brain barrier.

To break up the tension in the room I share the story about scientists who did an experiment on a person, classified as “Mr Nice” who offered to be a guinea pig.

He was given an anti-nutrient that blocked out his Niacin uptake.

Niacin is Vitamin B3 and responsible for keeping our nervous system strong and rational (amongst other things).

Within a noticeably short time Mr Nice became an aggressive ‘monster’ ready to smash the furniture or even worse: attack another human being for no reason.

The scientists had seen enough and quickly reversed the action of the anti-nutrient and Mr Nice became his normal rational self again.

“Such is the power of nutrition, and we are only talking about one missing Vitamin here!” I say to the distressed mum.

“Every day we give our children anti-vitamins; everyone does it and nobody bats an eyelid”

We compromise our kids immune and nervous system and brain power with our drinking water which is laced with fluoride.

Fluoride turns us into zombies and calcifies our pineal gland by the time we are teenagers.

Our pineal gland is our connection to the Source/ higher Self.

Once it calcifies it is hard to see right from wrong and we are easier to manipulate.

Chloride in the same drinking water causes hardening of the arteries and sets us up for a heart attack a few decades down the track.

Bromide in our bread and milk makes us sluggish and obese.

While we are lucky to have drinking water on tap, these chemicals do have a lasting detrimental impact on our health.

Then there is sugar.

One molecule of sugar misplaces 50 molecules of magnesium.

Magnesium is the calming mineral and needed to keep our nervous system strong.

Today it is estimated that the average child has 29 teaspoons of sugar per day!”

Ryan’s mum is now drying her eyes and nodding her head to let me know she get it.

I soldier on because I know that Ryan’s life depends on it.

I must help her lose her blinkers, so she stops poisoning her child.

Margarines and Canola oil are poisonous to every cell in the body; and so is artificial sugar, which rots our brain cells.”

I finish up by saying that; “It is very sad when we blame our children for behaviours that are beyond their control; because, we, the parents don’t give them the nutrition they need.”

I admit that it can be very difficult to be the food police 24/7 but we chose to be parents; so we are responsible.

Sometimes the parents are the real ‘criminals’ and not the child”.

This was perfectly illustrated to me a couple of days ago.

I was busy making a large pot of bone broth soup with Elijah in mind.

I left it simmering on the stove to race to the Forth shop; to grab my mail and a few other items.

There was an unusual long queue behind the cash register, caused by a 10-year-old boy and his grandpa.

On the counter I noticed their lunch:  energy drinks, bars of chocolate and a bag of chips.

The queue was caused by the boy painstakingly choosing a kilo of lollies while his grandpa urged him on.

The shop assistant was on a small ladder reaching out to the colourful lolly display; waiting for the boy to make up his mind.

Finally the scales pointed to the one kilo sign; and the shop assistant sealed the bag with a sigh of relief.

Just when I started to feel sick at the thought of the boy having to consume all those sweets; the grandpa plonked another bag of pre-packed lollies on top of the sugary pile of anti-nutrients!

I pitied the poor boy’s mum!

Sugar is known to be a major contributing factor to obesity, diabetes and cancer; and Government guidelines suggest children that should not consume more than 60g daily.

In fact, there is a growing body of well-respected medical opinion that recommended intake should be halved; to 30g a day or 210g a week.

This boy was going to eat half a year’s supply of sugar in one go!

I couldn’t wait to race home to the safety of my bone-broth soup.

Children are so vulnerable.

Their brains and nervous system use a lot more energy than adults; because, they are growing and learning new things at a rapid rate.

When energy levels swing like crazy inside their body, the first thing that is affected is behaviour!

As a mum of six kids, I know how hard; it is to give your children the full range of nutrients that they need.

Even when Pete and I used to grow our own vegetables and meat; and, I used to bake all our own bread and biscuits I still never felt good about our food.

Because, I knew that our soils in Australia have very little in the way of mineral content I was always conscious about gaps in their nutrition.

I was very strict about no lollies.

My mum who had been a sugar addict all her life used to spoil our children with smarties.

I hated it because the kids behaved like speed addicts for hours afterwards.

My food values were so alien to my mum that it was no point discussing it.

I sometimes caught the emerging lollies from her handbag in time to deposit them in the rubbish bin behind her back, much to the cries and screams of my kids, who behaved as if they hadn’t had a morsel of food for weeks, turning myself into an object of hatred for the rest of the day.

Yet despite being a strict food police (an extremist in my kid’s eyes) life didn’t always work out.

Child number 3 was born with persistent eczema that lasted for years and eventually turned into bouts of psoriasis.

Child number 5 was born with a cold and I used to lie awake all night listening to her sniffle and snuff, because I knew that babies can only breathe through their noses until they are 6 weeks old and hers was full of snot!

Child number 6 nearly died from epiglottitis when he was 9 months old!

We had to drive from our isolated farm to the nearest hospital, which was 40 km’s away and then we had to speed to ICU in Launceston by ambulance, which was another 70 km’s.

All the time my baby was lying limp in my arms with saliva dribbling from his mouth and I had to prevent him from crying or he would die!

The Doctor was sitting next to me with his theatre knife ready to cut a breathing hole in his neck if it came to the worst.

Oh yes, I forgot to mention that child number one got into a lot of trouble at school.

He wore out the “time out” seat at the local primary school.

And all the stalactites on the ceiling above the same seat were from child number 3 who tried to outdo his elder brother; and, covered the ceiling with spit balls.

Back in my treatment room I reassure Ryan’s mum that I used to despair at my children’s behaviour; but, now I couldn’t be prouder of all six!

Together we worked out a plan of action that will help restore Ryan’s nervous system:

Oh, how I wish I could turn the clock back and give my kids what my grandchildren enjoy now.

At least today; I am making up for my earlier ignorance by giving the Ryan’s in the world a chance to recover!

His mum sent me a note a couple of weeks later, to say that the treatment had worked like a charm, and that Ryan was taking the Vital-all-in-one, and he was like a different child, calm and considerate.

Ryan had begun to shine.

I want this for every child in the world.

Click this link now to book and appointment or call our friendly receptionists on 03 64283007.

Our products are available to purchase from our website.

Alternatively come in and see us at 47 Wilmot Road, Forth (9 AM to 5 PM – Monday to Thursday) 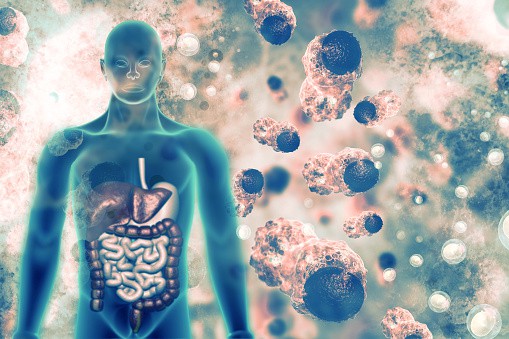 I didn’t think I had any toxins in my body, Heidi says. I live in a nice suburb, there is no pollution, what kind of[...] 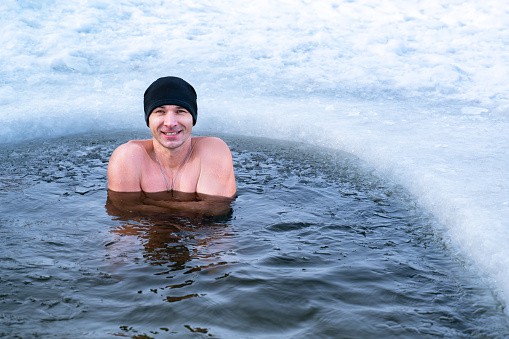 Being cold is good for you!

Being cold is good for you! Yes, plunging in a freezing river, or having a daily cold shower gives you a new lease of life,[...] 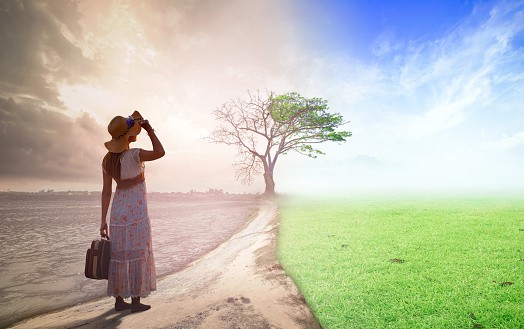 Are you ready to reinvent your life ?

It’s early in the morning and Brenda, my first client informs me that “The job I am doing at work doesn’t animate me anymore. And[...] 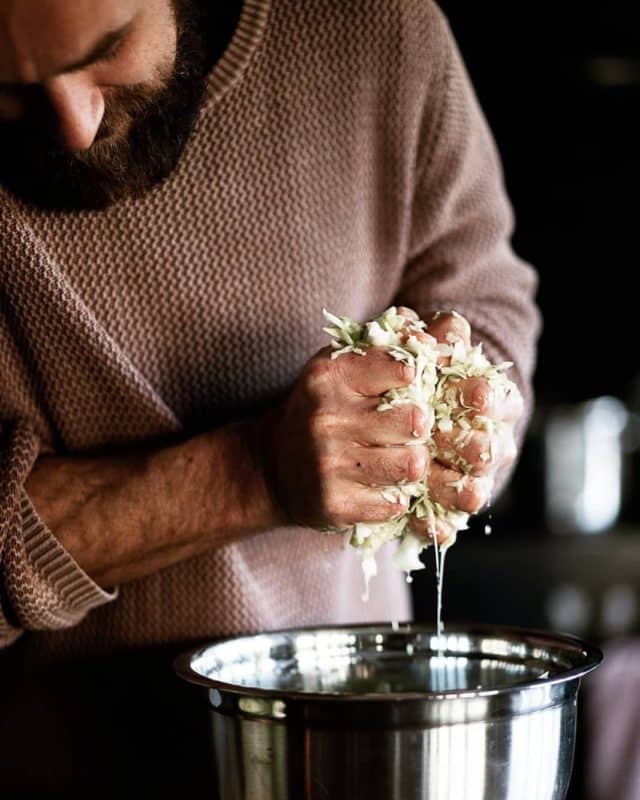 Are you ready to enrich your life with fermented food ? 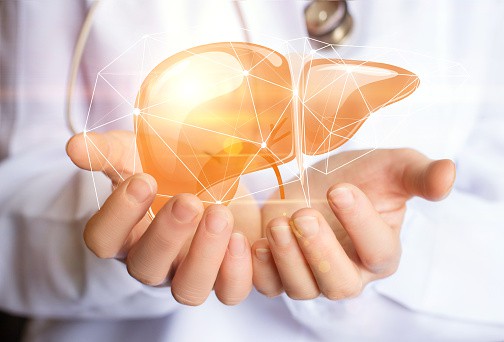 We’ve got your liver covered .. 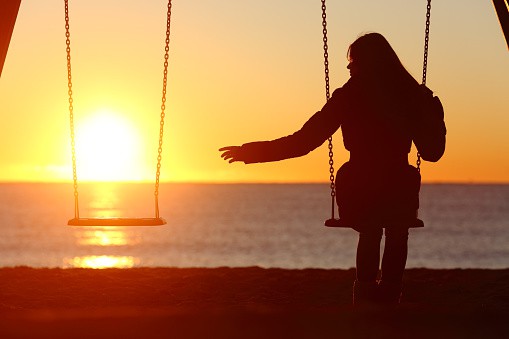 Why do some people die young?

Why do some people die young? Why is life so unfair? Some people get stuck on these questions. I get it. People believe that if[...]