Has anyone had the flu this winter?

Have you noticed hardly anyone had the flu this winter?

I mean the real flu with aches and pains and fevers, unable to get out of bed for days.

You keep the blinds pulled shut because of photophobia….in fact, I can’t remember anyone who got the common cold this year either.

I did some digging around to get the real facts and this is what I got from the Australian Bureau of Statistics:

In 2019 there were 902 flu related deaths recorded

We all must have gained herd immunity over the years from exposure to these nasty little critters, and now they don’t affect us as much anymore.

I remember years ago when I was nursing at the Mersey all our six kids had a really bad flu. All of them laid low in bed for a few days.

And let me tell you this wasn’t normal behaviour for most of our children.

We were known as the noisy Robertsons so you can imagine how sick they must have felt not even able to crack a smile.

The strange thing was that Grada and I didn’t contract it and we didn’t shy away from all the cuddles and TLC that sick children need, including kisses and cuddles.

Why weren’t we struck down by the flu while we were up to our armpits in snot and grot?

We have never had the flu shot. But we did a lot to help keep our immune systems very healthy.

Our kids might have got run down from school or peer pressure, or eating too many lollies behind our backs… (we had a no lolly policy at home)

They probably didn’t eat the healthiest portions of the meals, like sauerkraut and vegies…. I mean, they sometimes left them pushed to the side of the plate… and we couldn’t always bothered with being the food police!

But I must say they all are a pretty healthy bunch now.

I am reminded of another episode in my life as a nurse, in Scottsdale a long time ago.

One year the residents of the nursing home wing were all given the “prophylactic” flu shot.

I think at the time there were 18 beds.

All full as there seems to be an ever increasing waiting list for nursing home beds in Australia.

FOURTEEN. Yes you heard correctly, fourteen of those old people died within 3 to 6 weeks of that injection and there were no questions asked.

No inquest or investigation held.

The reason being is that old people are meant to die in old people’s homes.

It frees up beds for people on the waiting list.

When my mum was close to 90 she became weak and fell one day.

We called the ambulance and she was admitted to hospital where after a bit of a convoluted story they eventually diagnosed her with pneumonia.

All my mum said “I might be glad of him (pneumonia) one day. They used to call him the old person’s friend.”

She had some antibiotics and lived until the day before she would have turned 95.

It was her old friend that eventually took her.

The doctor at the home where she was for the last 12 months of her life would always consult with us prior to giving her anything.

We decided as a family to allow nature be her friend this time.

But if your elderly loved ones were well and able, then dead a few weeks after a flu shot wouldn’t you want some answers?

I know I would have.

And no, my mum didn’t have a flu shot.

I would say she had a cast iron immune system.

She lived in the cottage on our place for ten years prior to the last twelve months in the nursing home.

When the family moved her, the cottage wasn’t quite completed and her place had been sold so all her belongings were stored in our shed, including the fridge full of food.

For some reason Grada ventured into my shed one time and noticed the fridge was plugged in and running.

Her Dutch heritage came to the fore with the thought “that is a waste of power”.

So she turned it off!

A month later when Gran was ready to be moved into the brand new cottage, a rather smelly fridge was discovered with thick mould on the contents, including the cheese.

From top to bottom it was turfed into the rubbish and the fridge was given an extra good clean to try and rid it of the offensive odours.

The next day we visited Gran to see how she was settling in.

Grada inadvertently opened the fridge, just to check the smell and lo and behold the cheese had been resurrected with most of the mould scraped off!

Gran was adamant there was nothing wrong with it.

Use by dates? What are they?

Gran’s immune system said it all.

It kept her going for 95 years, and she was very healthy right till the end.

Trust your immune system, it is here to protect you from everything!

It knows how to keep you strong and healthy.

Take good care of yourself, rest when you are tired, take hot baths with magnesium or Himalayan Salt, drink plenty of water, and supplement with some great probiotics.

We have some really powerful products in stock, so come and see us on Wednesdays or Thursdays.

You can pick Peter’s brain between 9 and 5pm or book in for a health boosting session with Grada.

Much love, Pete and Grada 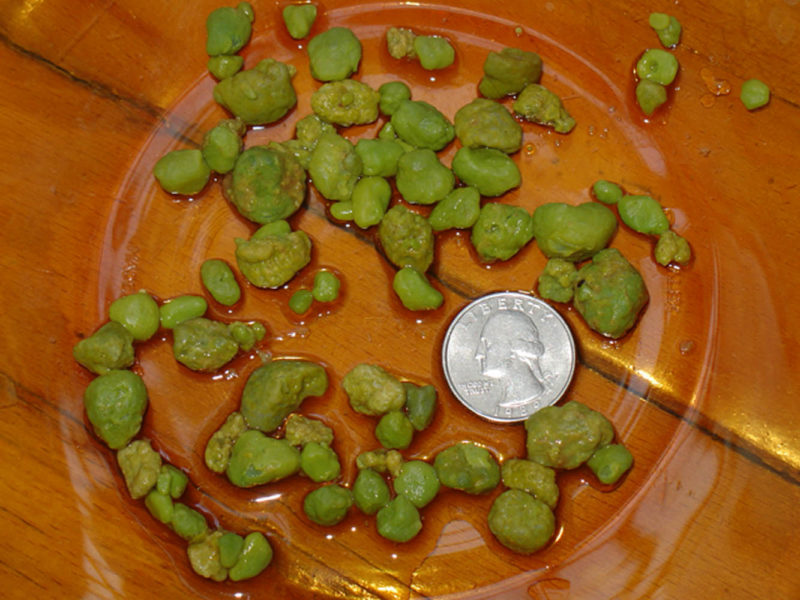 Is bloating and gas a problem for you? Do you suffer with belly aches and cramping?Particularly in the upper right abdominal region? Are you one [...] 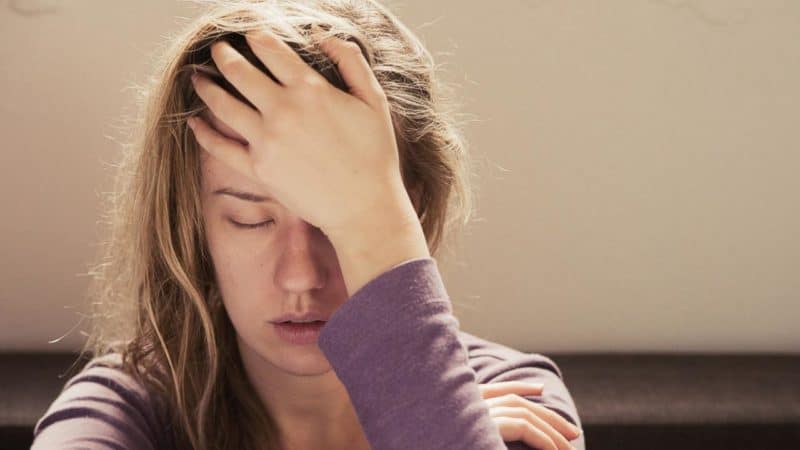 Has anyone had the flu this winter?

Have you noticed hardly anyone had the flu this winter? I mean the real flu with aches and pains and fevers, unable to get out [...] 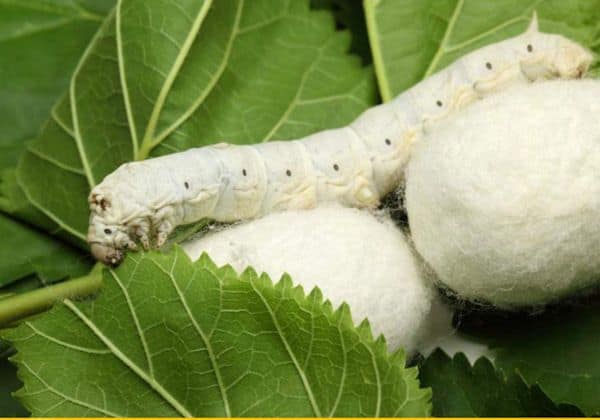 Did you know that a bulletproof vest is made from ten layers of silk? This is what stops a bullet in its tracks and saves [...]

Free up space in your body and life!

Soon after moving here, we bought a daffodil collection with lots of different varieties. Initially, we sold the bulbs when they multiplied. It must have [...] 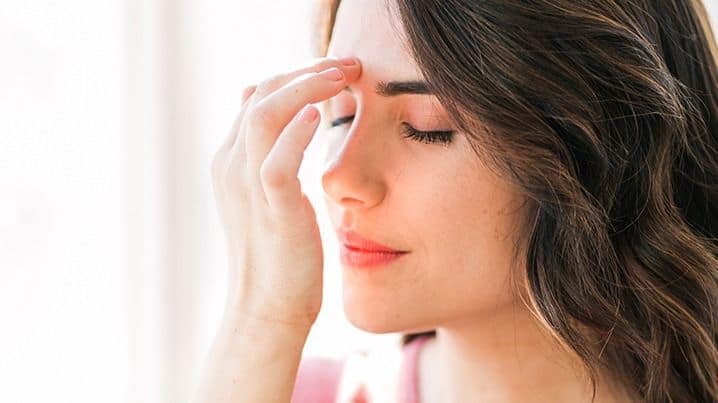 Emotional freedom technique (EFT) or tapping offers quick and effective relief for physical pain and emotional distress. According to its developer, Gary Craig, a disruption [...] 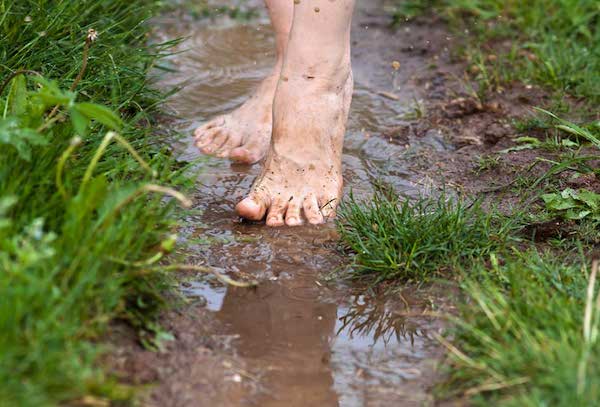